Bradie Fillmore was born and raised in Idaho. She attended Eagle High School and graduated in 2016, she led her team to two 5A state titles and won 5A SIC player of the year in 2015 and 2016. She also won back to back Gatorade Player of the Year awards those same years. In her senior year as a pitcher she went 13-0 with a .49 ERA, striking out 155 batters. She was named All-American by three different outlets during her senior season. Bradie went on to play softball at UC Berkeley for two years. As a utility player, she pitched and played infield and outfield. Her sophomore year she started all 55 games and received All-Pac-12 third team honors.

Bradie then transferred back home to finish her career at Boise State. She led the team in RBI’s, hitting .348 as a junior and .368 as a senior. She received All-Mountain West First Team honors in 2019 and 2020 along with an NFC All-Pacific Region Second Team selection in 2019. She graduated from Boise State in the spring of 2020 with a degree in Sociology. In her free time, she enjoys the outdoors and spending time with her family. 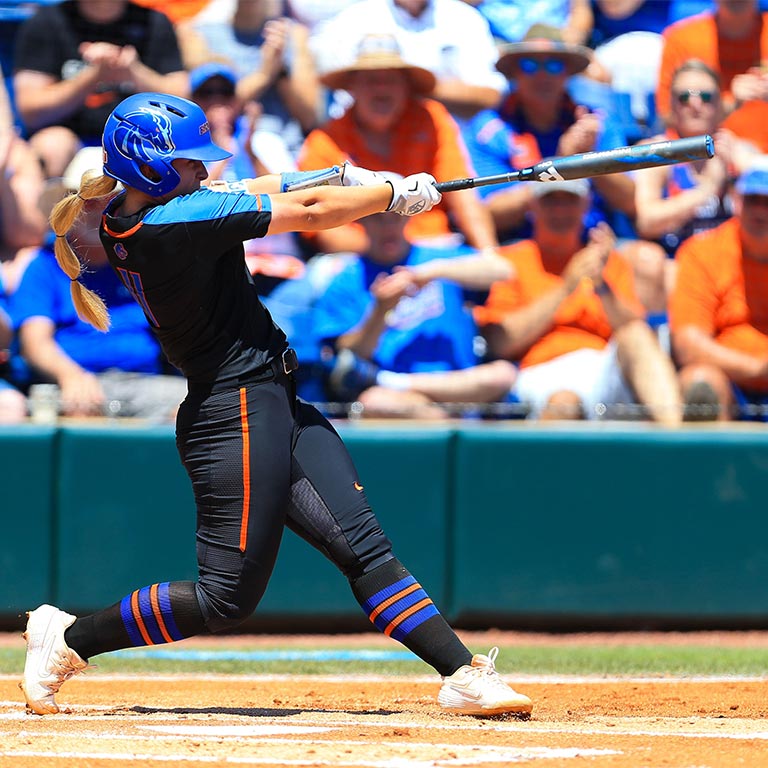