My names Colette Robert, and I was born and raised in Milton-Freewater, Oregon. I grew up on an 80-acre ranch, while competing in rodeo events, softball, volleyball and basketball before choosing softball as my primary focus. I was a varsity starter as a freshman and lettered all four years as well as being named a Max Preps All American for each respective season. I led my team to state championships in 2014 and 2015, achieving 4A Oregon pitcher of the year in the same years. Before graduating in 2015 and heading to play for the University of New Mexico, I was awarded the 2015 Nike Female athlete of the year for the high school age group. I transferred to the College of Idaho to finish out my eligibility before playing pro ball and coaching in Bonn, Germany.

Currently, I am the pitching coach for Capital high school and working as a Wildland firefighter in the summers. In my free time I like to play in a competitive men’s fastpitch league in Boise, be outdoors with my dog Stihl, snowboard, and travel. My goal is to give back to the sport that has given me so much through coaching athletic skill, mental toughness, and creating a drive to get better every day. 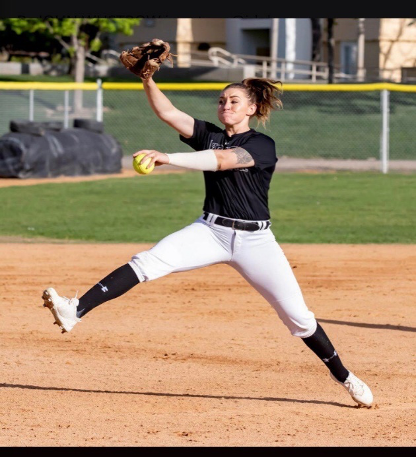